In a surprise decision, the Planning Committee of VOWH rejected the planning application by Pye Homes to build up to 34 houses on a green field site off Milton road by a majority of 8 to 5, with one abstention.

Those of us who witnessed yesterdays meeting were questioning whether this was the same planning committee we had seen on previous occasions…. notably the lack lustre debate around the Redrow application to build 70+ homes in the same area.

There was intelligent, informed debate amongst the committee members, salient points were fully explored and examined in depth, errors uncovered and in the end common sense prevailed.

As is by now customary, and with the exception of the representative from Pye Homes, ALL speakers who were allowed to speak prior to the debate spoke against the application. These included Cllr Mike Jenkins from our Parish Council, Cllr Gervase Duffield our District Councillor, Dr Nicholas Richardson of KSCR and Mr Kevin Nicholls who gave an impassioned and heart rending personal plea.

We also note that the Planning Committee chairman for the first time had to “lay down the law” prior to the meeting i.e. no applause, no recording, no comments etc etc. Also the fact that there was a highly visible police presence during the meeting showed that the Planning Committee was aware of the high degree of public resentment generated by these destructive planning applications.
All positive signs that active participation and witnessing of these procedures by the public concentrates the minds of those that represent us.

Thank you for all your support 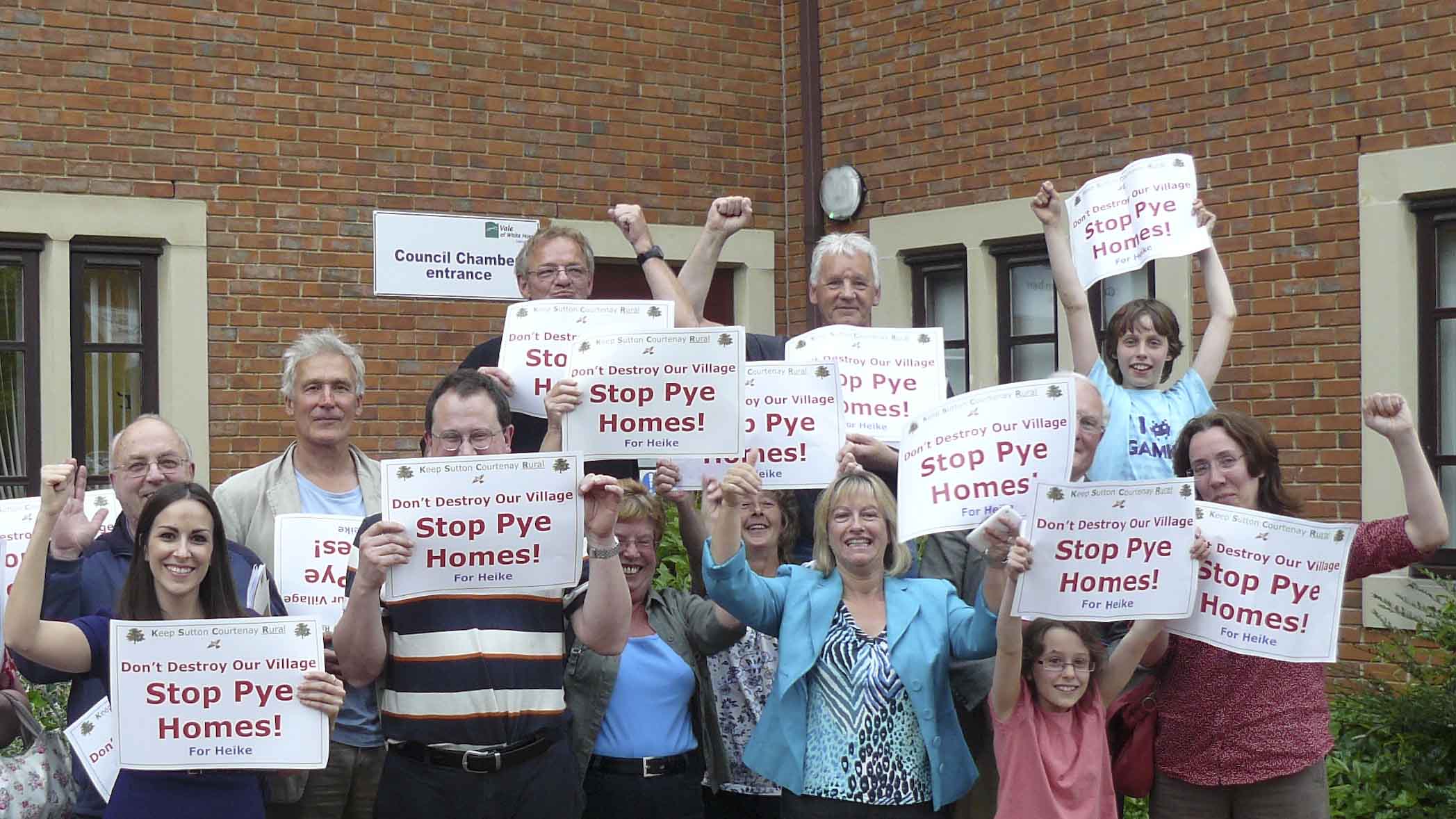 3 thoughts on “PYE Homes – A glimmer of hope for the village?”